You are watching events: Moscow
Russia:
CIS:
The Baltic States:
Advanced Search
Events on the map
СМИ Афиша Современного Искусства ArtTube.ruMoscowThe exhibition of etudes by Alexander Labas to the 115th anniversary of the artist

I like it I am going to go
We invite you to the Gallery Roza Azora at 19.03.2015 at the exhibition of etudes by Alexander Labas to the 115th anniversary of the artist.
For visitors the exhibition will be open from 19.03.2015 – 19.04.2015.
Alexander Labas – is a classic. His paintings are – in Tretyakov Gallery, in the Russian Museum and in every self-respecting museum of the country, and often flashing on the TV screen in the cut scenes. Looking at floating in the air planes and going up the escalator of metro unwittingly breaks, "Well, just like in Labas!"
Alexander Labas was born in 1900, became known in the mid-1920s, symbolizing together with his friends on OST – Williams, Luchishkin, Tyshler – a new, young Soviet art. Since the mid-1930s to the early 1960s his paintings disappeared from the exhibition halls, he was rediscovered in the sunset of the "thaw" and passed away in 1983 as a maestro, entered the history as the first of artists who saw and depicted the earth from the bird flight.
"Roza Azora" – is a small, almost cabinet gallery, therefore for the exhibition are selected "unformatted" works, a little more than the size of a postcard. Usually so small things are exhibited in showcases, but the author of the exhibition, sculptor Georgy Frangulyan risked to put them on the walls like a running films. Having appeared under the glass sheets of paper, pieces of cardboard and canvas, which depicted the feelings and emotions caused by the breath of the wind, the smell of the sea, flying plane, running train or flashed figure do not become a "herbarium". The air watercolours of Labas, passing pencil drawings and finished oil sketches were surprisingly fresh and immediate.
It would seem that these sketches were just a kitchen, in which were worked out the composition and colour solutions, but the artist treated them as finished works and often signed them. Day after day, he got up to the easel, went on sketching, drew in a notebook, hoping to express his admiration to the world, which he saw around. All his life, Alexander Labas was moving in free flight on once and for all chosen trajectory. And nothing could make him change the route.
In himself as an artist, as well as in the selected path, on which he went in art, Labas was absolutely sure. Like in the fact that his art will be interested. And every year more and more. 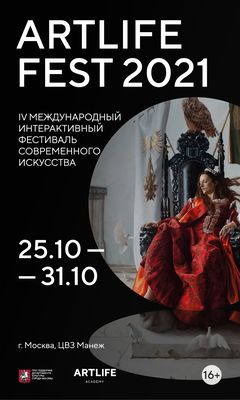