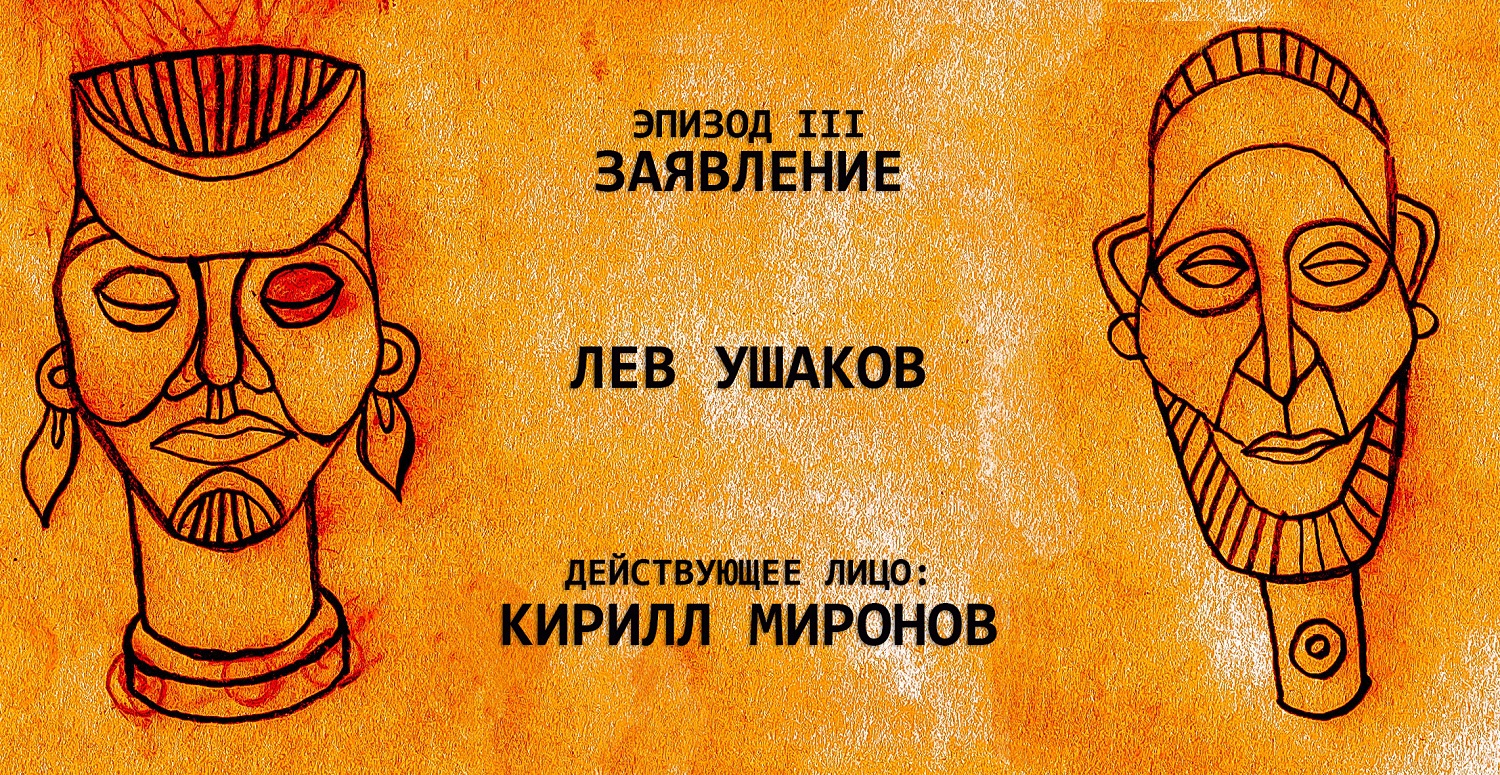 In 2015 ,there has been launched an art project aimed at exploring human feelings and understanding of one’s self by Lev Ushakov, an artist from Samara. The cycle of performances started with a home exhibition and performance ‘liquids’. After that the cycle interrupted due to the artist being imprisoned. After 2 years Lev Ushakov restarted his work on his project creating a new episode ‘game for two’ in November 2017 taking place in a corridor of a famous art-loft in Samara.

The author continues to evolve his project and the next step is the Tretyakov gallery.

There he will present the third episode – the performance “Statement”.

Episode 3. Performance ‘Statement’ In the performance, it will be shown how young artists bring modern art to Tretyakov gallery. It will end on April 17 by a creative expression “Indians drink firewater and die” in one of the halls of the gallery.

This occasion will be held in memory of painter, poet, performer and journalist Ilya Polyakov. April 17 will be 40 days since he left our world due to that his last poem will be read.