Site
http://gogolcenter.com/
E-mail
[email protected]
Phone
+7 (499) 267 - 20 - 75
"Gogol – centre" is a theatre inside the city, it is a city inside of the theatre. Here in one dynamic space it is facing the feeling of absolute freedom and objective reality, tendencies of world art and creates individuality of each person.
"Gogol – centre" is a theatre existing in dialogue with reality and creating the reality within. Sharp disputes and lectures on the most actual topics in the discussion club "Gogol+", world premieres have not survived to the Russian films in the club "Gogol-cinema", a rare recording of great performances of XX – XXI century in a public library, large music concerts and, of course, plays the brightest Russian and European producers in multiple sites theatre – all this gives an opportunity to travel in the boundless world of contemporary art, staying in the same space.
For the working  in "Gogol – centre", were invited three resident: well – known choreographic company "Dialogue Dance", SounDrama Studio that created a completely new aesthetic language, and one of the youngest and most promising theatrical teams ' Seventh Studio". "Gogol – centre" does not limit itself genre framework, and strives to create the most complete picture of modern art. "Gogol-centre" is the territory of freedom.
Working hours:
Mon – Sun: 09.00 – 23.00
Day Off: without output
Dear friends, pay your attention, to the fact that the time and days of work of "Gogol -centre" can change, so before visiting it we recommend you to call +7 (499) 267 – 20 – 75
Topical Events Past Events
No actual events. 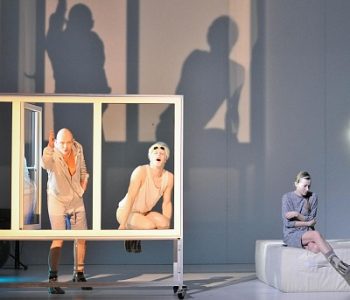 Life in the city – Urbanitet
Exhibitions