Site
http://dom6.ru/
E-mail
[email protected]
Phone
+7 (499) 250 - 35 - 82
"The house on Brestskaya" starts its history since the creation of the first wooden model of Moscow. In 1975, in connection with the 30-th anniversary of the liberation of Budapest from Nazi invaders was organized by the Hungarian exhibition at VDNH, in which one of the exhibits was the layout of the Central part of Budapest. The chief architect of Moscow in 1960 – 1982 M. V. Posokhin appreciated the layout and addressed to the Chairman of the Moscow Soviet V.F. Promyslova a proposal to create a similar layout of Moscow. The idea was approved and within 10 years, since 1976 till 1986, two teams of designers in the factory "Kartolitografiya" created the layout. It was immediately clear – do not try to do the layout, it will be too huge considering the selected scale of 1:500. Therefore, limited to only the Central part of the city within the Garden ring.
Based on the existing topography, additional surveys, photographs of existing buildings and materials designed buildings architects "Mosproject-1" and "Mosproyekt-2" developed layout drawings. The work was also attracted by Mosgorgeotrest. The buildings were made of maple, the relief is made of birch. The Kreml ensemble – mahogany, lemon tree, amaranth, Holly. The domes of cathedrals of the Kreml covered with gold leaf. The Moscow river and the Yauza river is made of rosewood. At the same time it was a question of placing layout, the size of which was determined 12х12м (144 sqm) and in March 1986, the prototype was installed in a hall specially constructed building on the street of Brestskaya.
The layout served as a working tool for architects, all the houses on it are removable, the layout itself consists of sliding pieces 2×2 meters. The architects were able to rent a house with layout area of the designed building, to put in this place new building and evaluate the design solution. One of the first visitors of the exhibition in the "The house on Brestskaya" was Fidel Castro and Boris Yeltsin. Here were held receptions of foreign delegations.
Working hours:
Mon – Fri. 12.00 – 20.00
Days-off. Sat – Sun.
Before visiting "The house on Brestskaya" is recommended to clarify the working time and time days by phone: +7 (499) 250 – 35 – 82.
Topical Events Past Events
No actual events. 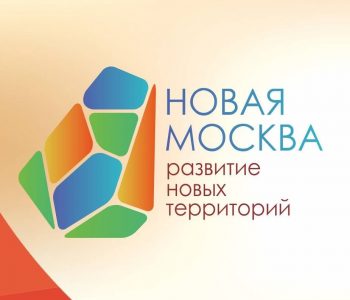 Exhibition World through the eyes of architects
Exhibitions

The contest of student works drivers of the modern city
Competition