Site
http://www.pushkinmuseum.ru/
E-mail
[email protected]
Phone
+7 (499) 241 - 77 - 02
Payment by card
Dedicated parking
Conditioners
yes
Working hours
Wed, Fri - Sun: 10:00 - 18:00. Thu: 12:00 - 21:00. Closed: Mon, Tues.
Profitable House at the corner of Arbat and Money alley from the end of XIX century occupied a special place in the cultural landscape of Moscow. In 1876, on the petition of the Moscow noblewoman M. Khromova stand here two-story mansion was built on and radically redesigned by architect M. Arsenyev. The first floor was intended for the device in its retail space, and the second and the third – for renting. Immediately after the completion of construction works M. Hromova sold the house to N. Rakhmanov, an honorary citizen of the city and at the same time – Assistant – Associate Professor of Moscow State University. It is possible that the latter circumstance determined contingent of residents: they were the representatives of the Moscow professors and intellectual elite.

Shortly after the restructuring of house was completed , here lived a famous mathematician, dean of physical – mathematical faculty of Moscow University Nikolai Bugaev with his young wife Alexandra Dmitrievna (nee Egorova). And in 1880 they had a son – Boris Nikolaevich Bugaev, the future writer Andrei Bely. Front of the apartment Bugaev resided Professor Ivan Yanzhul, the famous economist, statistician. A floor below – Mikhail Sergeyevich Solovyov’s family, the grandson of the famous historian Sergei Mikhailovich Soloviev and his brother no less famous philosopher Vladimir Solovyov. Wife of M. Solovyov Olga Solovyova (great-aunt of Blok) was a talented artist and translator, and his son Sergei, the best friend of his youth of Andrei Bely, became a poet – symbolist and religious figure.

10 years after Andrei Bely left the apartment, where he spent his childhood and youth, in the autumn 1916 in the same house on Arbat, near the former apartment of Bugaev settled outstanding Ukrainian historian and literary critic, social and political activist Mykhailo Hrushevskyi. In 1930 – ies former home of Rakhmanov was given to the municipal housing. Then it settled the Ministry of Foreign Affairs of the USSR and the Russian Federation. In 1987 Bugaev’s flat as representing absolute cultural value, was handed over to the State Museum of A. Pushkin. At the end of 1990 – in it was organized a temporary exhibition, which demonstrated materials that come in the future museum funds of Andrei Bely. Opening of “Memorial Apartment of Andrei Bely” (the author of the artistic project – A. Konov) was held August 31, 2000. 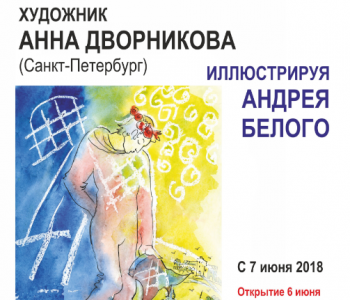 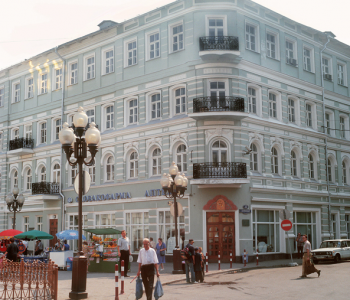 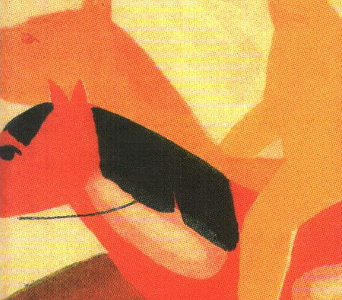 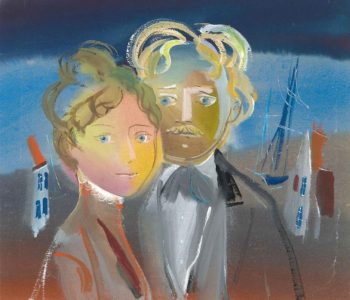 Exhibition «The Book of Music»
Exhibitions 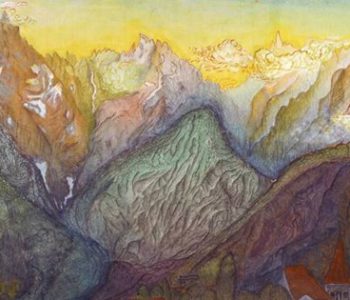 Scientific and Practical Conference “Drawings of the Russian writers of the Silver Age and the graphic heritage of Andrei Bely: the experience of interpretation”
Conference 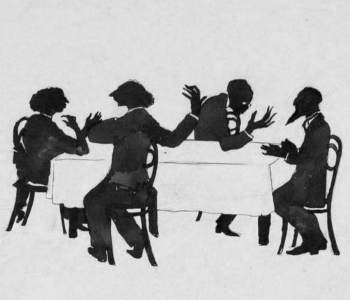 Lecture by Hans Hasler On the basis of the esoteric First Goetheanum. The representative of mankind and a small painting of the dome
Lecture