State museum of local lore the house on the Embankment

Site
http://museumdom.narod.ru/
E-mail
[email protected]
Phone
+7 (495) 959 - 49 - 36
Museum "House on the embankment" exists as a municipal museum since 1998 It was founded as a public company in November 1989, In 1992, the Ministry of culture of the Russian Federation gave the Museum the honorary title of "People's Museum". In 1996, the museum received a grant from the Soros Foundation for the improvement of material – technical base of the museum.
For twelve years the museum staff  has been collecting a lot of material about the history of the house and its inhabitants, including documents, photos, personal belongings, books and furnishings. The Museum was visited by thousands of visitors and hundreds of excursions were conducted. Currently, the museum is headed by Olga Romanovna Trifonova, widow of the writer – Y. C. Trifonov. This is the only one in the shop and one of the few museums in the world Home. Recreated the unique atmosphere of habitat 1930 – ies. The house was devastated by repression like no other. Lived and live in it politicians, military leaders, famous artists, writers and scientists.
Working hours:
Tue, Wed, Fri, Sat: 14.00 – 20.00
Thursday: 14.00 – 21.00
Closed: Sunday, Monday
Dear friends, pay your attention, to the fact that the time and days of work of "State Museum of local lore the House on the Embankment" can change, so before visiting it we recommend you to call +7 (495) 959 – 49 – 36.
Topical Events Past Events
No actual events. 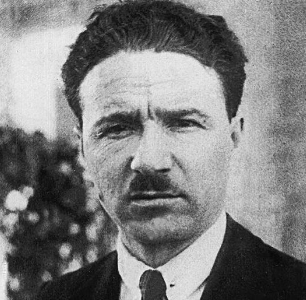 Lecture by Olga Trifonova “Boris Shumyatsky: the creator of Soviet Hollywood”
Lecture
Artistic invention itself and the pure enjoyment of life and love
Exhibitions

State museum of local lore the house on the Embankment
Other

State museum of local lore the house on the Embankment