The house-Museum of K. I. Chukovsky

Site
http://www.goslitmuz.ru/ru/chukovsky-museum
Phone
+7 (495) 593 - 26 - 70
Payment by card
Dedicated parking
Conditioners
Working hours
Tue, Wed, Fri - Sun: 11:00 - 18:00. Th: 13:00 - 19:00. Closed: Monday.
Korney Ivanovich Chukovsky does not fit into the framework of the traditional notion of the writer. A serious literary critic and essayist, he is most familiar to readers of his children’s poems. “Moidodyr” and “Tarakanesche”, have written in the early twentieth century, know by heart children of the century XXI. The writer complained: “All my other compositions to such an extent obscured by my children’s tales, that in the view of many readers I have, but the “Moidodyr” and “Fly – Zcozcotuch”, I wrote”. And today “guests” are happy to come both adults and children to Chukovsky, in his Museum.

The house – Museum of Chukovsky in Peredelkino is so vivid that it feels that you meet will be released to the owner. The house interior is kept as it was in the last years of the writer’s life. Pictures, drawings, paintings, books remind us about relationships, K. I. Chukovsky with representatives of major Russian culture first quarter of the twentieth century, I. E. Repin, A. A. Block, C. C. Mayakovsky, L. N. Andreev, A. I. Kuprin, B. D. Grigoriev, K. A. Korovin, and many others. At the same time it is filled with wonders that are taken from the pages of children’s books. In the living room you can see the pitcher, which became the model for the artist who made the artwork for the first edition “Moidodyr”, and the black disk of the phone, which Chukovsky “called elephant” and other representatives of fauna (“I Have the phone rang. “Who says that? – Elephant”). In the office – layout miracle tree, made a gift of the guys. But the real “miracle tree” can be seen in the garden next to the house.

Children have always been the most welcome guests in the house of Chukovsky. He collected the kids from here – read them their works, played with them, kept talking. On the territory of the Museum saved campfire site, and traditionally in autumn and spring there are “Fires”, as it was in the times of the writer.

The house was completely saved by the daughter of Chukovsky Lydia Korneeva that already when life began to take the first groups of visitors. In this house, where there is always supported democratic tradition, as when Chukovsky, and later lived A. I. Solzhenitsyn. Today at the Museum in the room where the writer lived, saved his desk and exhibits, reminiscent of his work. When Lydia Korneeva by order of the authorities had to stop taking visitors began an active struggle for the preservation of the Museum. To protect this idea got people like P. L. Kapitsa, V. A. Kaverin, S. C. Samples A. I. Raikin, D. S. Likhachev, E. N. Assumption. In February 1994, the Minister of culture of Russia E. Y. Sidorov issued a decree “On creation of the Museum K. I. Chukovsky, a branch of the State literary Museum, and two years later the house of Chukovsky, after a major restoration, opened the doors to its first guests. 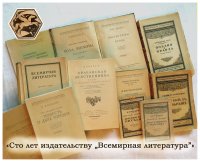 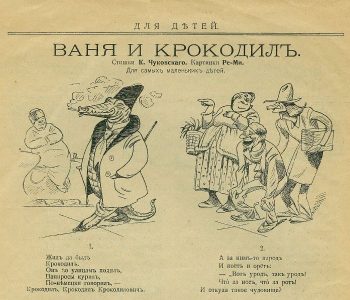 Exhibition «He is charming with his extraordinary beauty …»
Exhibitions

Exhibition of the most honest man in the world
Exhibitions

The house-Museum of K. I. Chukovsky
Other

The house-Museum of K. I. Chukovsky